UPDATE 3/12: Due to the recent developments with coronavirus, we have made the decision to postpone our upcoming LACIS Migration Conference until Fall 2020. We will keep you updated about the date, and hope to see you there.

Millions of people every year are forcibly displaced from their homes. Because of the extent of the phenomenon throughout the Americas today, migration is seen by politicians and lawmakers as a problem that needs regulation and control. This symposium examines human stories of displacement and the histories, relationships, and interests underlying the politicization of migration in the Americas.

Panelists will examine what makes migration unique in regions throughout Central, North and South America. They will provide historical, political and socio-cultural analysis to examine the contexts of immigration in these regions. In particular, we will focus on:

Driven by violence, migration faces militarization and criminalization, which is accompanied by social dispossession of indigenous and poor communities, transnational capital involvement, and results in the shifting of sexual and gender relations. 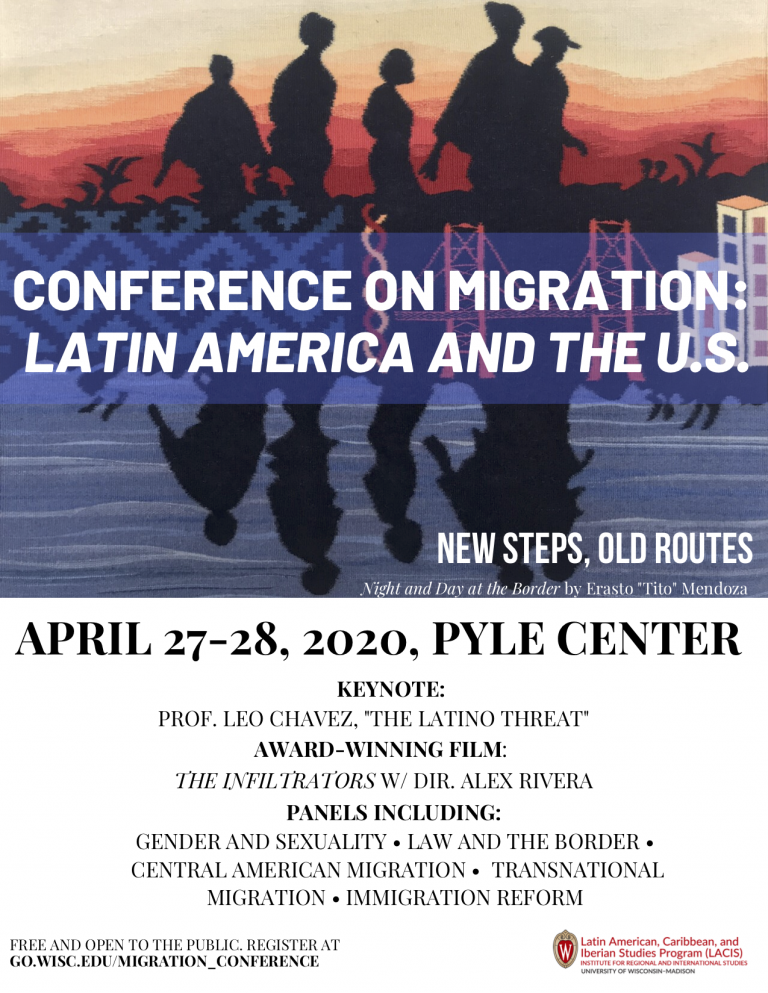 Due to the recent developments with coronavirus, we have made the decision to postpone our upcoming LACIS Migration Conference until Fall 2020. We will keep you updated about the date, and hope to see you there.

Migration policy and infrastructures of enforcement—from visas to borders to detention facilities—are entangled with gendered and sexualized power relations. Feminist, queer, and trans scholarship have demonstrated that sex, gender, and sexuality are key arenas through which to understand state policy and practice, neocolonial patterns of labor migration, the politics of inclusion and exclusion, and much more.

Refugees from the Central American states are currently leaving their countries in record number. Neighboring countries implement restrictive refugee and immigration protocol. Panelists on this program explore all aspects of this dynamic—from the contextual elements that force movement, to the experiences that refugees negotiate on their path, to the dehumanizing state responses.

Embroidered story cloths by Las Hormigas Bordadoras Cooperative and woven tapestries from Master Weaver Erasto “Tito” Mendoza will be on display in the lobby of Memorial Library. These beautiful, playful yet powerful artworks from Oaxaca Mexico address issues of the effects of immigration on women, families and communities.

THE INFILTRATORS is a docu-thriller that tells the true story of young immigrants who get arrested by Border Patrol, and put in a shadowy for-profit detention center – on purpose. Marco and Viri are members of the National Immigrant Youth Alliance, a group of radical Dreamers who are on a mission to stop deportations. And the best place to stop deportations, they believe, is in detention. However, when Marco and Viri try to pull off their heist – a kind of ‘prison break’ in reverse – things don’t go according to plan. The Hollywood Reporter said of the multiple award-winning film “rather than feeling like homework, watching it is a thrill.”

9:00 – 10:30 AM: “Providing Legal Services to Women and Children Seeking Asylum in Detention”

A group of second, and third year law students along with the Director of the Immigrant Justice Clinic at the University of Wisconsin Law School will describe their volunteer work at the South Texas Family Residential Center in Dilley, Texas, where they help immigrants to prepare for Credible Fear Interviews, one of the first steps in the asylum process. They will describe the current state of detention and the new regulatory asylum bars that have almost closed our southern border to all asylum seekers.

This panel will bring together scholars and practitioners to engage the issue of contemporary immigration reform. Specific topics include the current state of public opinion on immigration policies, the shifts in practices in immigration court in recent years, and the social and economic impact of proposed immigration legislation at the state and federal levels.

By late 2019, more than 40 million people from Latin America and the Caribbean lived outside their countries of birth—most of those in neighboring countries. This panel engages social theory to examine political, economic and sociocultural aspects of these migration flows, including bureaucratic encounters with the state, how different migration regimes unevenly manage migration, how migration is reshaping families, and the impact of securitization on immigrant populations.

Immigration from Latin America, in particular, Mexico, to the Midwest has steadily increased over the last decade, and Wisconsin is no exception. The high birth rate among recent immigrants from Latin America accelerates the transformation of the demographics of Midwestern states that has been referred to as the “browning of America,” and “Latino Threat.” Our panel challenges these narratives exploring the complexities that different Midwestern groups of Latin American descent face in the era of Trump. 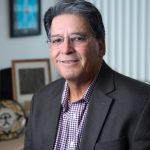 Professor Chavez received his Ph.D. from Stanford University and is currently a Distinguished Professor in the Department of Anthropology at the University of California, Irvine. In addition to scores of academic articles, he is the author of Shadowed Lives: Undocumented Immigrants in American Society (1st edition 1992; 3rd Edition, Wadsworth/Cengage Learning 2013); Covering Immigration: Popular Images and the Politics of the Nation (University of California Press 2001); The Latino Threat: Constructing Immigrants, Citizens, and the Nation (Stanford University Press, 1st edition 2008; 2nd edition 2013); and Anchor Babies and the Challenge of Birthright Citizenship (Stanford University Press, 2017). Chavez received the Margaret Mead Award in 1993, the Association of Latina and Latino Anthropologists’ Book Award for The Latino Threat in 2009, and the Society for the Anthropology of North America’s award for Distinguished Achievement in the Critical Study of North America in 2009. In 2017, El Colegio de la Frontera Norte published the Spanish edition of The LatinoThreat: La Amenaza Latina. He was elected a Fellow of the American Association for the Advancement of Science in 2018. 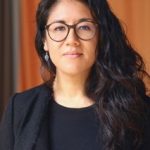 Sandibel Borges is currently a postdoctoral fellow in the Center for Mexican American Studies at the University of Texas at Austin. She received her Ph.D. in Feminist Studies from the University of California, Santa Barbara and was faculty in the Women’s, Gender, and Sexuality Studies Program at the University of Wisconsin-Eau Claire from 2017 to 2019. Her work investigates how heteronormativity, white supremacy, and exploitation are naturalized and institutionalized within migration processes, and their impact on Latinx LGBTQ migrants in Los Angeles, California and Mexico City, Mexico. Using oral histories and ethnography, Sandibel then examines the concepts of hope, survival, home, and queer family and friendship in the everyday lives of her participants/narrators.

Noelle Brigden, Ph.D. (Cornell 2013) is an Assistant Professor in the Department of Political Science at Marquette University, where she teaches courses on international relations, human security, international migration, and politics of street gangs. She was a 2018-2018 Visiting Research Fellow at the Princeton Institute for International and Regional Studies, and held a 2013-2014 postdoctoral fellowship at the Watson Institute for International Studies. Her current project compares and contrasts the social imagination of multiple borders, including boundaries imposed by nation-states, street gangs and gated communities, in urban El Salvador, and their implications for citizenship. 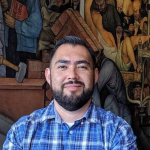 Dr. Alfredo Carlos was born in Jerez, Zacatecas, Mexico and grew up in the Harbor Area of Los Angeles in a working-class immigrant community. As immigrants he and his family, like many other immigrants and working people lived in a barrio, experiencing life as people who were working poor. This experience of living in poverty has come to influence and to a large extent define his work as a scholar, an activist, a mentor and a father. He is a proud product of California public school systems. He holds a Ph.D. in Political Science from the University of California, Irvine where he specialized in the fields of Political Economy, Political theory, and American Racial and Urban Politics. He earned his M.A. in Political Science from California State University, Long Beach with a focus in Comparative Politics and International Relations and his B.A. is in History and Chicano Studies from the University of California, Santa Barbara. Dr. Carlos is currently a Faculty member in Political Science and Chicano and Latino Studies at California State University, Long Beach. He is also the Executive Director of the Foundation for Economic Democracy. His articles have appeared in Latin American Perspectives and Ethnicities. He is the co-author of The Latino Question (Pluto, 2018). His research and teaching interests are in Latino political economy, economic democracy, labor, inequality, immigration, race/ethnicity, and social movements in the U.S. and Mexico/Latin America. 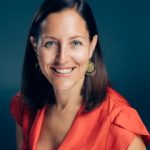 Lauren Heidbrink is a cultural anthropologist who focuses on the anthropology of childhood and migration in Central America. Her research and teaching interests include childhood and youth, transnational migration, performance and identity, engaged methodologies, and Central America. Her manuscript, Migrant Youth, Transnational Families, and the State: Care and Contested Interests (University of Pennsylvania Press, 2014), examines the experiences of migrant children in U.S. federal facilities for unaccompanied children and following release. With support of the National Science Foundation and the American Council of Learned Societies, her forthcoming manuscript Migranthood: Youth in a New Era of Deportation (Stanford University Press, 2020) examines the impacts of the securitization of development on indigenous Guatemalan youth (Mam and K’iche’) following deportation from the U.S. and Mexico. Dr. Heidbrink is co-founder and editor of Youth Circulations, a curated digital exhibit tracing the real and imagined circulations of global youth. 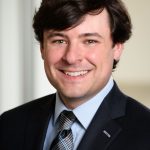 Jens Manuel Krogstad is a senior writer and editor at Pew Research Center. He has authored or edited hundreds of studies on topics that include global migration, Latino public opinion, Hispanic demographic trends and U.S. border enforcement. Prior to joining Pew Research Center, Krogstad spent nine years as a reporter at newspapers such as The Des Moines Register and USA Today. He is a graduate of the University of Minnesota. Krogstad regularly talks with the media about the Center’s findings in both English and Spanish.

Eithne Luibhéid is Professor of Gender and Women’s Studies at the University of Arizona (UA). She served as the Director of the Institute for LGBT Studies at UA from 2007-2011. She holds a PhD in Ethnic Studies from the University of California, Berkeley, and her research focuses on the connections among queer lives, state immigration controls, and justice struggles. She has been an invited speaker at universities including Harvard, Oxford, the Open University, the University of Amsterdam, and the National University of Singapore.

Luibhéid’s current book manuscript, ‘Why Don’t They Just Get in Line?’ Immigration, Deportability, and Queer Intimacies, explores how deportability is being extended and resisted through intimate ties between undocumented migrants and U.S. citizens. With Karma Chávez, she is co-editing Queer Migrations 2: Illegalization, Detention and Deportation (University of Illinois Press, forthcoming). She is also editing a special issue of the Journal of Lesbian Studies on “Lives That Resist Telling: Migrant and Refugee Lesbians.” Luibhéid participates in a research collaboration, “Managing Citizenship, Security, and Rights,” organized by Dr. Anne Marie D’Aoust at the Université de Québec in Montreal, Canada, and serves as the Social Sciences Review editor for the journal GLQ.

The conference will take place in the Pyle Center at the University of Wisconsin-Madison.

For additional information on what to see and do while in Madison:

The Conference on Migration: Latin America and the U.S. is sponsored by the Latin American Caribbean and Iberian Studies Program, the Institute for Regional and International Studies, the International Division, and Chican@ & Latin@ Studies.