Ethical Positioning Created by Authoritarianism: From the Popular Subject to the Collective “I” in the Chilean Documentary 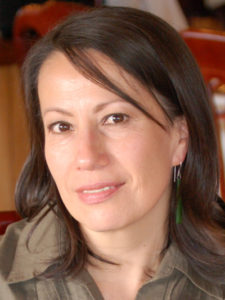 Professor Pino-Ojeda’s research is concerned with the ways in which the arts present and contest hegemonic power. She started her career as a secondary school teacher in Philosophy and Spanish-American literature in Chile, while also taking part in the cultural and political campaigns against the then-ongoing dictatorial regime. She was able to pursue these interests further while completing her PhD in Critical Theory and Latin American Literature in the US. In analyzing Latin American social and political developments in the post authoritarian era (1990s-present), she has extended her research beyond the study of literature, and is now primarily examining popular music, film and civic activism.