“Inside Countries: Subnational Research in Comparative Politics” by Richard Snyder 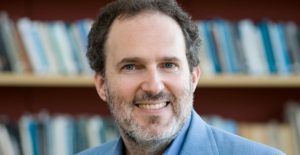 Richard Snyder is a faculty fellow at the Watson Institute and a professor in Brown’s Department of Political Science. He received his MA and PhD in political science from the University of California, Berkeley, and his BA in social studies from Harvard University.

He is the author of Politics after Neoliberalism: Reregulation in Mexico (Cambridge University Press, 2001) and Passion, Craft and Method in Comparative Politics (Johns Hopkins University Press, 2007, with Gerardo L. Munck). He is also the editor of three volumes on the political economy of rural Mexico (Center for U.S.-Mexican Studies, University of California, San Diego, 1998-2000) and co-editor of a special issue of the journal Studies in Comparative International Development on “Dependency and Development in a Globalized World” (2009). His articles on comparative politics and the political economy of development have appeared in journals such as British Journal of Political Science, Comparative Political Studies, Comparative Politics, Journal of Conflict Resolution, Journal of Democracy, and World Politics.