“Julia Pastrana and The Eye of the Beholder”

About the presentation: Victorian Mexican Indigenous mezzo soprano Julia Pastrana (1834-1860) was billed as ¨The Ugliest Woman in the World¨, a title given to her by her manager-husband Theodore Lent. Born in Sinaloa, Mexico, Julia Pastrana was a gifted singer, musician and dancer who could converse in Cahita (her native language), Spanish, English, and French. She also suffered from one of the most extreme cases of hypertrichosis terminalis on record and severe gingival hyperplasia: her face and body were covered with thick hair and her jaw was disproportionately large. Pastrana was exhibited by her husband and others in the United States and Europe during her life and after her death for 150 years.

Pastrana’s story illustrates the ways in which beauty, ownership, science, racism, human rights, colonialism, sexism and indigenous rights operate to dehumanize individuals, systems that continue to operate today. Restorative justice allows us to experience radical empathy and correct injustices from the past in order to build a more ethical and just future for all.

In this talk, Laura Anderson Barbata will share her 10 years of work to have Pastrana’s body repatriated to Mexico for burial.  Learn more:
https://online.ucpress.edu/lalvc/article/2/2/90/110679/Looking-Back-to-1992 (Latin American and Latinx Visual Culture Journal) 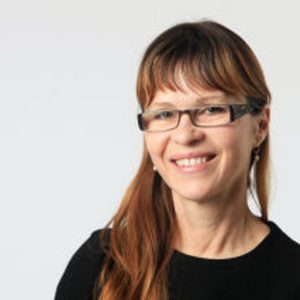 About the speaker: Laura Anderson Barbata was born in Mexico City,  and works in Brooklyn and Mexico City. Since 1992 she has worked primarily in the social realm, and has initiated projects in the Amazon of Venezuela, Trinidad and Tobago, Mexico, Norway and the USA. Among them is her ongoing project The Repatriation of Julia Pastrana, initiated in 2004.  She is also known for her project Transcommunality(ongoing since 2001), with traditional stilt dancers: The Brooklyn Jumbies fromNew York, West Africa and the Caribbean, and los Zancudos de Zaachila, from Oaxaca, Mexico.  This project has been presented at various museums, public schools and avenues, among them The Museum of Modern Art New York; TheModern Museum Fort Worth Texas; Museo Textil de Oaxaca, México; Museo de la Ciudad de México; BRIC, New York and Rutgers University, among others.

Her drawings, photographs, and projects have received awards by the Institute of Bellas Artes FONCA, The Lindbergh Foundation, The Carnival Commission of Trinidad and Tobago and The New York Foundation for the Arts.