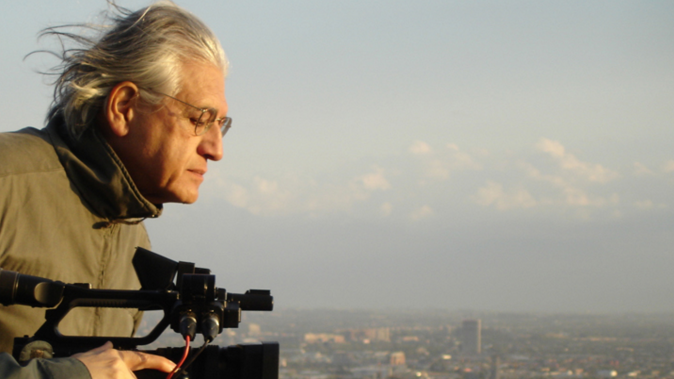 About the presentation: On the eve of President Gabriel Boric’s recent inauguration the films Nostalgia de la Luz (2010), El Bóton de Nácar (2015), and Cordillera de los Sueños (2019) were shown on the television network La Red, the first time the entirety of director Patricio Guzman’s geographical triptych was made widely available on Chilean televisions. This was a dramatic, if under-thematized event, not least because historically Chilean television has either censored Guzman’s films entirely or used decontextualized slivers of footage to undermine them. Nostalgia, Bóton, and Cordillera return to familiar themes in Guzman’s oeuvre—about time, the historical archive, and “official memory”—under conditions in which there has been an essential change in the relation between culture and power. I will take this recent televisual “media event” as an opportunity to reflect on how these films frame the relationship between space and community, geography and nation, material and memory, in the aftermath of loss—the coup, dictatorship, colonialism, and neoliberal market economy. I will show how the triptych’s representation of material landscapes can be read as attempts (essays) to undo epistemic and capitalized protocols. In this way I will describe how the films register that which remains, endures, and subsists in cinematic scales not conditioned by dominant modes of visuality and memory.

About the presenter: George Allen received his PhD from the Spanish and Portuguese Department at the University of California-Irvine in 2022 for his dissertation, Deregulated Cinema: Post-dictatorship film and the neoliberal transition in Chile and Argentina. George’s dissertation research studies the role of media ecologies and visual culture in securing the post-dictatorships in Chile and Argentina. His work is concerned with artistic traditions which disrupt perception and patterns of visualization as they relate to material histories of colonialism, modernity, and globalization. He is currently working on a transnational study of comparative aesthetics and derivatives, which highlights how risk is created and distributed in Latin American societies.

Please note that while this lecture will be given live, in person in 206 Ingraham Hall, you have the option to connect virtually via Zoom.