“Colombia after the conflict: Implementing the most ambitious peace deal in the world” 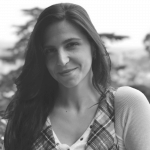 Presented by: Mariana Palau, a Colombian American multimedia journalist based in Bogota, covering Colombia for The Economist. She also writes for other publications including Foreign Policy and The New Humanitarian and has been published in Al Jazeera. She has covered subjects like the 2018 congressional and presidential elections, as well as the Colombian government’s strategies against cocaine production. Mariana is a graduate of Columbia University’s Journalism School.

With the help of a grant from the Pulitzer Center, journalist Mariana Palau has been Covering the implementation of Colombia’s peace deal, the most ambitious in the world. She will answer these questions and talk about it’s future challenges.

Description of the presentation: Three years after the signing of the Colombian Peace Deal, a question mark still hangs over its long term success. Why are there still guerrilla groups and other illegal armed groups in the country? Why did the FARC’s top negotiator turn against the peace deal? What is the link between cocaine and violence in Colombia? What will transitional justice really look like for those who committed war crimes and crimes against humanity?