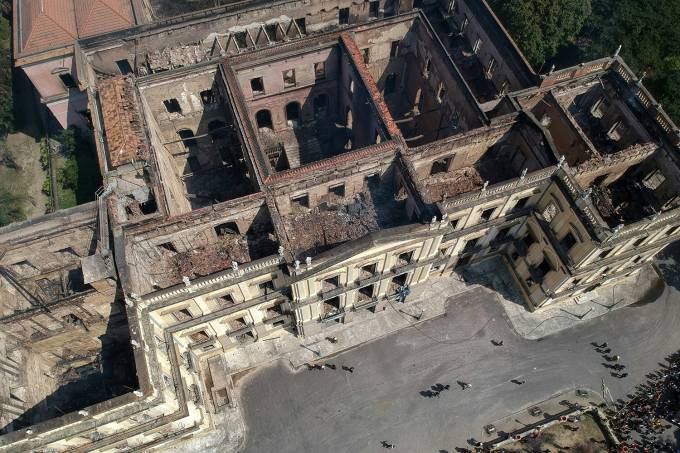 About the presentation:  In a moment marked by institutional crises and struggles over material and symbolic territories and meanings of the nation, several literary and artistic practices in Brazil and Spanish South America in the last decades provocatively recover documents from the past, recontextualizing them through editing procedures that overlay disparate times and spaces. Three key examples emerge from contemporary Brazil: Marilia Garcia’s book of poetry, Ruins Park (2018), Adriana Varejão’s “Bastard son” (1995), both including images of Jean Baptist Debret; and most recently Denilson Baniwa’s visual collage “Colonial Fictions Hunters” (2021) based on the famous photographs made by German anthropologist Koch-Grünberg in his trip to Amazonia in the begging of the 20th century. Non of these seeks to restore a specific national narrative but rather call into question the specific ways in which the past was registered, documented, and archived. Thus, they transform our ways of viewing these documents and, in the process, intervene in our interpretations of the present. As John Berger remarked in his seminal Ways of Seeing, “we never look at just one thing, we look at the relation between things and ourselves.” By re-opening and looking again at these materials, these works question, the possible meanings of “ourselves” in the contemporary moment.

About the presenter: Diana Klinger is Associate Professor of Literary Theory at Universidade Federal Fluminense. She has a research productivity scholarship from Cnpq (Level 2) and was a Young Scientist of Our State, from Faperj between 2015 and 2018. She has a degree in literature from the Universidad de Buenos Aires (2000), where she taught Brazilian Literature, and Ph.D. in Comparative Literature from the State University of Rio de Janeiro (2006). She engaged in a post-doctorate in the Advanced Program of Contemporary Culture, at the Federal University of Rio de Janeiro, UFRJ from 2007 to 2009.

Since 2009, she has coordinated, together with Professor Celia Pedrosa, the Research Group (Cnpq) “Theoretical-Critical Thought on the Contemporary”, which participated in the International Cooperation Agreement with the Masters in Latin American Literature of the Universidad de Tres de Febrero (Argentina). Between 2002 and 2014, she was the editor of the bi-national magazine Grumo, and curator of the Gandula collection of Brazilian poetry translated and published in Argentina, for which she translated several titles. In 2020, she received the Tinker Visiting Professor Fellowship at the University of Madison, Wisconsin which was postponed until 2021 due to the COVID pandemic.

Reserve a seat in 206 Ingraham for this lecture: