“NARRATING THE RIGHTEOUS IN THE COLOMBIAN ARMED CONFLICT: A civil pedagogy of solidarity for highly polarized and deeply divided societies” By: Carlo Tognato 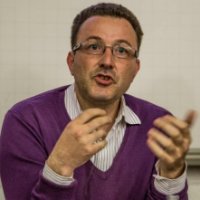 In highly polarized and deeply divided societies restoring cross-group solidarity can be a daunting task, particularly when citizens can no longer imagine the possibility for acts of solidarity with fellow-citizens from other social or political groups. At that point, telling the stories of people who could engage in such acts under the most exacting circumstances may contribute to the narrative reconstruction of cross-group solidarity as something plausible and possible. It may trigger imitation on the part of citizens inspired by those stories. And it may even serve as a confidence-building mechanism among people identifying with them. During the Holocaust thousands of non-Jews risked their lives to save Jews from extermination. These were the ‘righteous among the nations.” This category can be fruitfully extended to other contexts of violence to bear witness of the acts of generosity of people who in the face of extreme violence compromised their own livelihoods to protect other citizens from distant social or political groups and occasionally even ‘betrayed’ their own groups or institutions to that end. Here, I will introduce the stories of the “righteous in the Colombian armed conflict.”