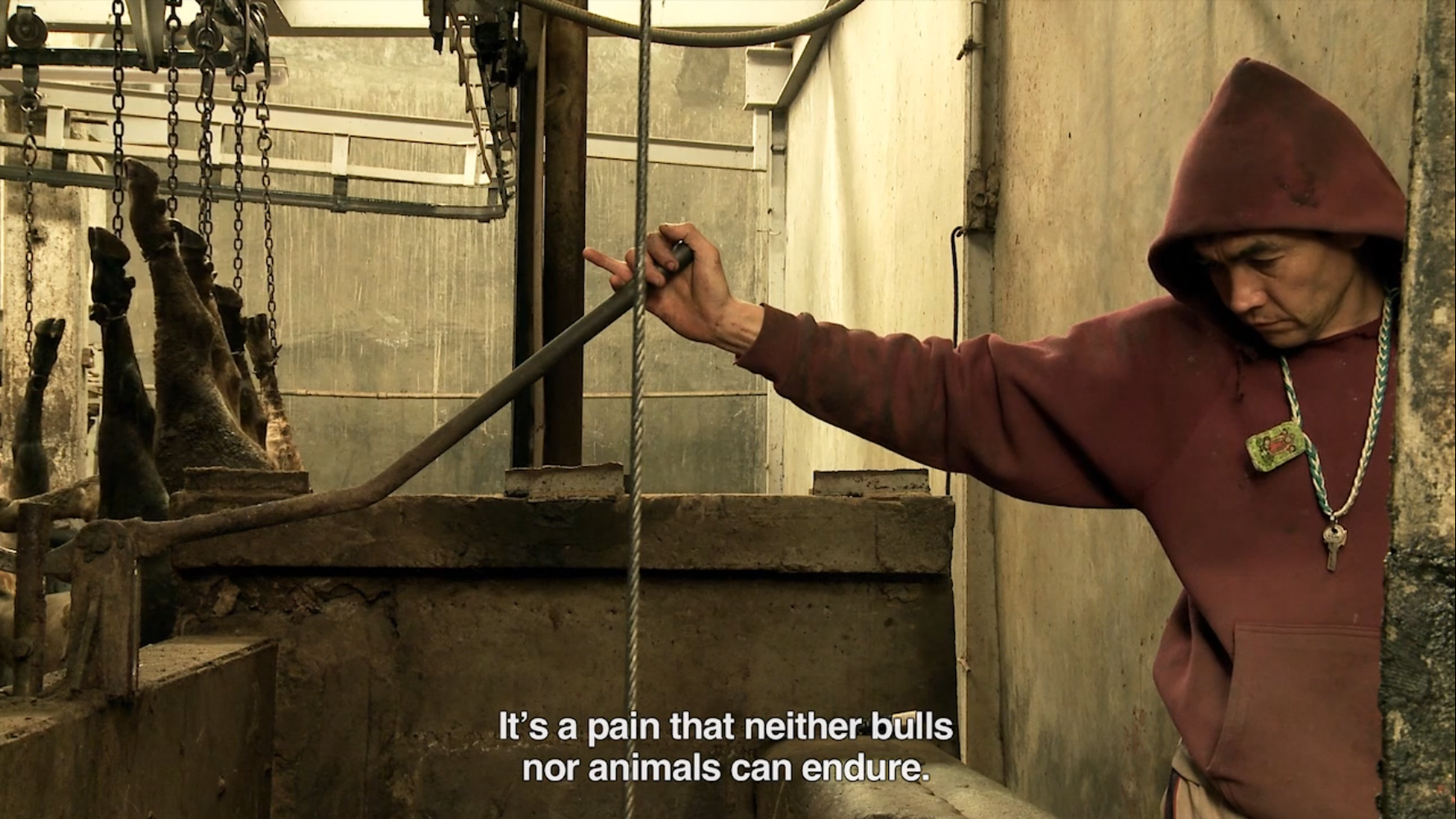 About the presentation: Nicaraguan director Gabriel Serra Argüello’s La Parka (The Reaper, 2013) is a documentary film shot primarily in a Mexican slaughterhouse. It circulated widely at international festivals, and it was screened for the Mexican Senate and nominated for a U.S. Academy Award. In this talk I will argue that that, like the makers of previous slaughterhouse documentaries, Serra overcame the powerful taboo against showing real animal slaughter in large part by evading consideration of the crucial ethical and political implications of industrialized animal farming and slaughter (principally, catastrophic ecological impacts and atrocious abuse inflicted on farmed animals) by claiming to represent the slaughter of non-human animals as a metaphor for human suffering. I analyze Serra’s apologetic and solipsistic humanist rhetoric and the technical devices by which he structures his film as a “character portrait” of a saintly slaughterer, seeking to absolve his protagonist of moral responsibility for having stunned or killed close to four million animals in the course of a twenty-five-year career. I will engage film-theoretical arguments suggesting that that cinematic images of real animal death will always resist and subvert metaphorization, as exemplified also by two previous Spanish American documentaries: Humberto Ríos’s Faena (Slaughter 1960) and Fernando Solanas and Octavio Getino’s La hora de los hornos (The Hour of the Furnaces 1968).