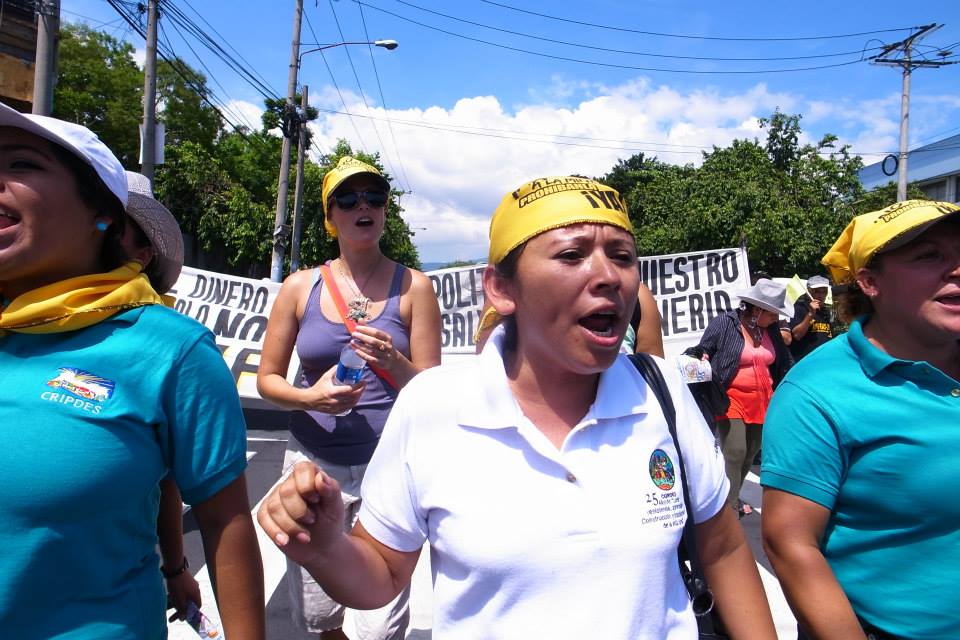 Community organizing has had a big impact in the rural communities of El Salvador since the armed conflict in the 80s. Sister Cities is an organization in solidarity with the Salvadoran people to strengthen the popular movement. The importance of solidarity beyond borders is essential for the growth of communities and for real changes. Organized communities have achieved huge changes in the last 30 years; nowadays, the popular movement is facing new challenges. The biggest ones are: the struggle to protect territory, land and natural resources; and forced migration. Our partner organization based in El Salvador, CRIPDES, has played an important role of community building in more than 500 rural communities. CRIPDES works to organize structures within communities, such as, women, youth and community Councils. CRIPDES advocates for their rights. One great example of advocacy work of CRIPDES has been a law against metallic mining in El Salvador. Organized communities defeated transnational companies that wanted to exploit the Salvadoran natural resources. The work of CRIPDES and Sister Cities continue to empower communities, looking for opportunities for youth and women as a way to stop forced migration. It has been said that rural communities are plagued with gangs, however the communities that work with CRIPDES and Sister Cities do not have gang presence. This is further evidence of the great power people have if they are organized.

Zulma Tobar is a staff member of US-El Salvador Sister Cities. She works on issues of education, environmental justice, advocacy and community organizing with rural communities of El Salvador through USESSC and the Association for the Development of El Salvador, CRIPDES. Zulma comes from an organized rural community, Cinquera, one of the most tumultuous areas during El Salvador´s Civil War. She has experienced at first hand the importance of being organized for the development of a community. Zulma was a university scholarship recipient supported by the sister committee of Chicago, IL. through USESSC. She believes that community organizing is the base of every change we want to have in our society.