“When is a Style? Tiwanaku and the Middle Horizon” 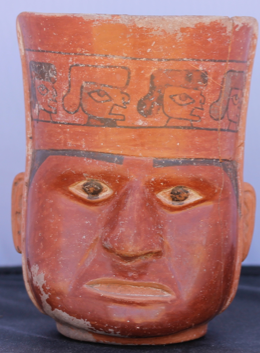 About the lecture: Tiwanaku, located in western Bolivia, was among the largest cities in the Americas during the Middle Horizon (c. AD 500 and 1100) and the capital of an early Andean state. This talk will examine the progenitors and legacies of Tiwanaku style visual culture and iconography manifest in stone and ceramic. Beginning with a normative overview of Tiwanaku style media within the heartland of the eponymous state, I will detail both the aesthetic innovations and traditions that were (re)produced during Tiwanaku’s apogee. Looking back, forward, and further afield, I will then consider how the antiquity and novelty of particular components of Tiwanaku style produced political effects during large scale rituals held within Tiwanaku’s monumental core. This analysis will lead into a discussion of pre-Columbian notions of the past, which will open the talk up to broader and open-ended questions regarding the material production of memory and historical imaginations.

About the speaker: Dr. Augustine received his PhD in Anthropology from the University of Chicago in 2019. He has conducted extensive fieldwork in Bolivia related to his study of Tiwanaku. He has also authored several scholarly papers on the subject.