The Peruvian government has implemented the most comprehensive response to the pandemic in Latin America. On March 16, ten days after the first case was identified in Peru, a state of emergency was declared, the borders were closed, and a two-week lockdown began. Free circulation was prohibited, and only essential services —strictly defined— were allowed to operate. After several extensions, we are now on day 40 of the quarantine, with at least two more weeks of lockdown and several more months of restrictions ahead. In conjunction with these social isolation measures, the government has rolled out extensive social and economic policies. Over 12% of the GDP has been dedicated to supporting the most vulnerable, purchasing medical equipment, and protecting the economy. A nation-wide remote learning program was created for primary and secondary students, and it will be transmitted over radio, tv, and internet for the rest of 2020. The president talks to the nation almost daily, answering questions and explaining how the emergency is being handled in a didactic and comforting way. His approval ratings remain above 80%. 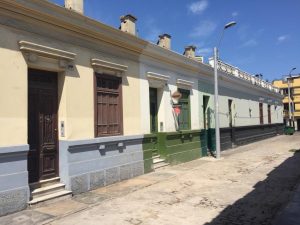 Still, however, the public health system is in ruins. Inequality and precarity are rampant. Under normal circumstances, the majority of Peruvians are self-employed or underemployed. Twenty percent of the population lives in poverty and over four million people live in extreme poverty. Despite Peru’s celebrated management of the crisis, the country is on the verge of collapse. What can other countries in similar conditions expect?

We write this from a small, old house in Barranco. Our time is now divided between our daughter’s schooling and our own remote work. With the number of available ICU beds dwindling in Lima (now below 60 for a region of almost 10 million), we are concerned about getting the virus. Once a week, one of us ventures out on bike to get groceries. Our electric showerhead exploded last week, so we are without hot water. This is the extent of our worries.

In the poorest neighborhoods of Lima, however, there is no running water and many people have already run out of money and food. Hundreds of people are trying to leave the capital to return to the countryside by foot. Meanwhile, in Iquitos, the largest city of the Peruvian Amazon, the health care system has already collapsed. Between the pandemic and an ongoing dengue outbreak, the morgue is overrun.

Amidst this humanitarian crisis, the government has faced criticism for bailing out big corporations, giving special exemptions to mining, and eliminating labor protections. The response has by no means been perfect, yet the government has been quick to act, extending ever wider-reaching assistance programs to the population and promoting structural reforms that have the capacity to decrease inequality and shift political priorities toward health and education. Highlights from yesterday’s press conference include the proposal of a wealth tax, humanitarian transfers from the capital to the provinces, and more extensive support for the unemployed. We are hopeful.