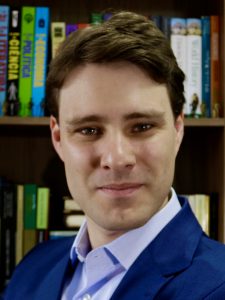 Jean Vilbert holds a bachelor’s and a master’s in Laws in the field of Fundamental Rights. He taught Law in Brazil for almost a decade and served as a judge for the last five years. Then he decided that he would seek further education and positions that allow him to draw legal-economic policies to make people more likely to climb the social ladder, especially in poor countries. He is a MIPA candidate at the La Follette School of Public Affairs – University of Wisconsin-Madison.

Awards & Honors: Jean has been selected as a Franklin Firstbrook Fellow by the LACIS department at the University of Wisconsin to focus his academic research mainly on Latin American issues.