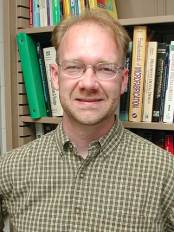 Tim Shedd is an Associate Professor of Mechanical Engineering. He completed his B.S.E.E. at Purdue University and then graduate degrees at the University of Illinois at Urbana-Champaign after a few years working in industry. Shedd’s research focuses on the fundamental behaviors of boiling and condensation as well as the flow of vapor and liquid mixtures in pipes. After giving a Keynote at ENCIT 2010 (The Brazilian Congress of Thermal Sciences and Engineering), he applied for and received a research fellowship from the State Research Foundation of São Paulo (FAPESP). He spent the 2012-13 academic year at the University of São Paulo – São Carlos and gave classes in Portuguese and English there and at the Federal University of Uberlândia (UFU), Minas Gerais. Shedd is a co-PI on research grants for the study of multiphase flows in Brazil and continues to advises graduate students in their studies. He is also an advisor to a start-up in Salvador, Bahia that is creating novel multiphase flow instrumentation for the nuclear, petroleum and chemical processing industries.