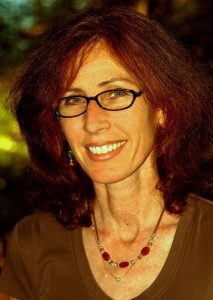 Karen B. Strier is Vilas Professor and Irven DeVore Professor of Anthropology at the University of Wisconsin-Madison. She has been studying the critically endangered northern muriqui monkey in the Brazilian Atlantic forest since 1982. Her pioneering research has been critical to conservation efforts on behalf of this species, and has been influential in broadening comparative perspectives on primate behavioral and ecological diversity. She is a member of the National Academy of Sciences and the American Academy of Arts and Sciences and she holds an Honorary Lifetime Membership in the Brazilian Primatological Society. Among her most recent publications are Faces in the Forest: The Endangered Muriqui Monkeys of Brazil (1999), which was updated and translated into Portuguese (Faces na Floresta 2007), and Primate Behavioral Ecology 4th edition (2011). She is affiliated with the graduate program in Biological Sciences at the Universidade Federal de Espírito Santo and a co-author and member of the strategic advisory committee of the Brazilian National Action Plan for the Conservation of Muriquis.