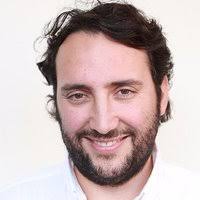 Sebastián Valenzuela is an associate professor in the School of Communications at Pontificia Universidad Católica de Chile and Tinker Visiting Professor for 2018-2019 in the University of Wisconsin Madison’s School of Journalism and Mass Communication and Latin American, Caribbean & Iberian Studies Program (LACIS). Both his research and teaching concern the role of journalism and social media on public opinion and democratic citizenship. More specifically, his work delves into three major themes: (a) uses and effects of social media on citizenship, diffusion of information, and psychological wellbeing; (b) the influence of the news media on public opinion formation at the cognitive and affective levels; and (c) the antecedents and consequences of informal political conversations.

He is also an associate researcher of two multi-million research institutes funded by Chile’s main scientific body, the Millennium Institute for Foundational Research on Data (IMFD) and the National Research Center for Integrated Disaster Risk Management (CIGIDEN). There, he studies the processes of information and misinformation acquisition on social media, and its effects on users’ attitudes and behaviors. Relatedly, he chairs the Latin American advisory committee for Social Science One, which recently partnered with Facebook and the Social Science Research Council (SSRC) to access privacy-preserving Facebook data.

During his stay at Madison, he will be teaching a graduate seminar (J833: Technology and Society), which will cover current research, theory and methodology in the area of social media and politics, with particular emphasis on individual-level effects. In addition, he will be conducting research with faculty and students related to his several research projects. He is accompanied by his wife, Teresa Correa, also a Tinker Visiting Professor in the Gender & Women’s Studies Department at UW, and three sons.

Valenzuela completed his Ph.D. in 2011 at the University of Texas at Austin, with a concentration on political communication and digital media, under the supervision of Max McCombs and Homero Gil de Zúñiga (now at the University of Vienna). Previously, he had an M.A. in Journalism from the University of Texas at Austin (funded through a Fulbright scholarship), and a Journalism degree from Pontificia Universidad Católica de Chile. Before graduate school, he worked for several years as a journalist specialized in business news at El Mercurio newspaper in Santiago, Chile.