When I was in your seats, the question I always got was: “What are you going to study? What’s your major? Are you getting any certificates?” … and whenever I was asked by one of my peers or a family member, I made up a different answer. Sometimes I was an education major planning on joining the peace corps after graduation. On Tuesdays, I was a landscape architect with high hopes of designing Augusta 2.0. And if I reached more than 2 dozen in a single week, I became a biomedical engineer student pursuing a certificate in nuclear physics with an emphasis in international finance…and yes, I would someday be awarded the Nobel Prize for discovering the cure to cancer (just after mathematically proving Ptolemy’s Trigonometric Theory.)

The truth is, with each of my different answers (I exaggerate not when I say I tried on 10 different majors for size), I realized that no one actually cared what my answer was. It was then that I began to think, “What do I want out of my education?” Do I want to say I majored in X? Do I want to say I took classes that I was interested in, but ones that didn’t necessarily apply to my major? It was then that I realized that above all else, I wanted to study overseas. I wanted to experience college in another hemisphere. And I wanted my view of the world to be shaped by what I learned during my time abroad.

Gone were the days when I milled over what my peers would label me; “Are you a Spanish major? Are you getting a certificate in global health, too?” Instead, I worried about fitting an entire year’s worth of belongings into a checked-suitcase and a backpack. And in July 2011, I took off to spend a year in Buenos Aires. I came back with more than 18 credits worth of “major-related classes.” And I also most definitely came back with an answer to my peers’ questions.

Like everyone says, the year flew by. I lived with a host family for the entire time – one that I still WhatsApp and Skype weekly. I had three Argentine brothers and a little sister, along with a host mom that really adopted me as one of her own. She scolded me when I was late for our 10pm dinners and she cried when I left. 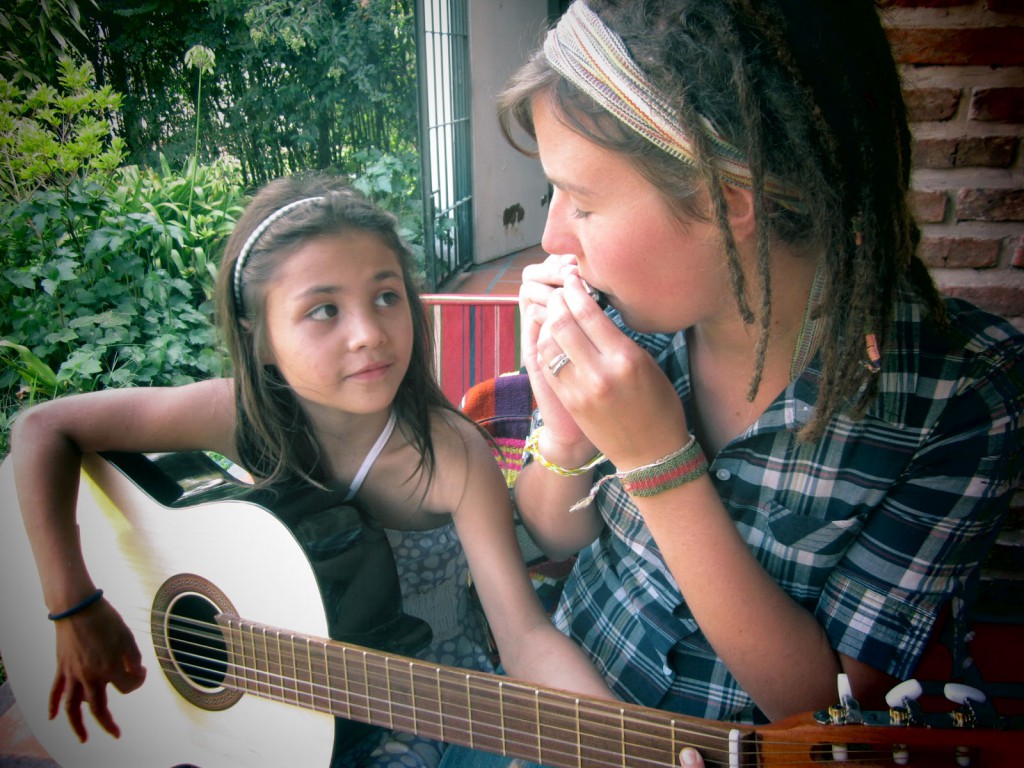 Was I there to take classes? Oh, that’s right. I vowed to only enroll in classes with local students – in fact, when I found out there was a student on my program in a class I had selected, I requested to switch out of it. What I ended up with was an entire year of speaking Argentine Spanish with locals, and a year of experiencing being a full-time student at the politically-charged Universidad de Buenos Aires (UBA). I tried not to call-out that I was a “study abroad student” to the professor. Instead, I tried to get along as if I were any other student of his, not asking for special accommodations or anything of the like.

Outside of classes, I became active with a local organization called Un Techo Para Mi Pais (which translates to “A Roof For My Country”), a Habitat-for-Humanity-like group that fought hard to put a roof over every Argentine family…plus, they required that the family put down money towards the home, too. I remember the first time I visited the neighborhoods with other volunteers (all local Argentines). We actually visited these families in their homes and discussed their living conditions, how many kids would be living in the house, and what the job situation was for the parents. At first, I was excited that this would mean bettering my Spanish language skills (I might finally be able to say “boludo” or “che” without sounding American). 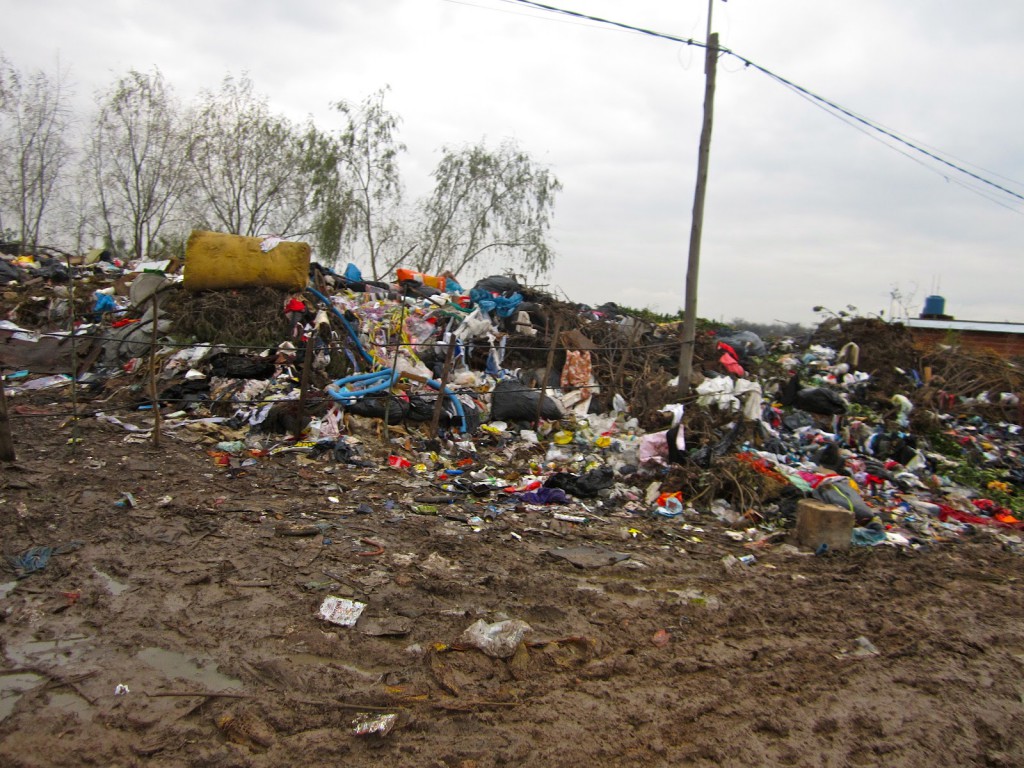 Once we began building a small temporary home for two-year-old Lautie and his family, though, I completely forgot about the differences between my and the family’s Spanish and instead could only notice our stark differences in living conditions. Lautie slept in a twin-size bed with his family. His mom washed their clothes in the same bowl that she later rinsed out and used to serve pasta for dinner. When I walked into their four-walled room (that they called home), I looked at the ground and noticed she was in flip-flops, standing on a mud floor. This wasn’t rural Zambia or another sub-saharan African country; this was minutes outside the metropolis of Buenos Aires. A neighborhood where Lautie’s backyard was littered with a pile of trash that stood higher than their walled-shelter. Where people didn’t play with the neighbors for fear of drugs and theft. Where schools didn’t have desks or chairs because people would break in at night and steal them.

And as I spoke in broken Spanish to little Lautie, his dad pushed back tears at the thought of finally having a home for his family. I couldn’t help but think that neither Lautie nor his dad ever asked if I was from elsewhere. To them, I was a set of hands ready to help. I had become a friend to their family, just like the rest of my Techo friends had. And it dawned on me. I needed to see the world like Lautie saw it. As if through the eyes of a two-year-old… 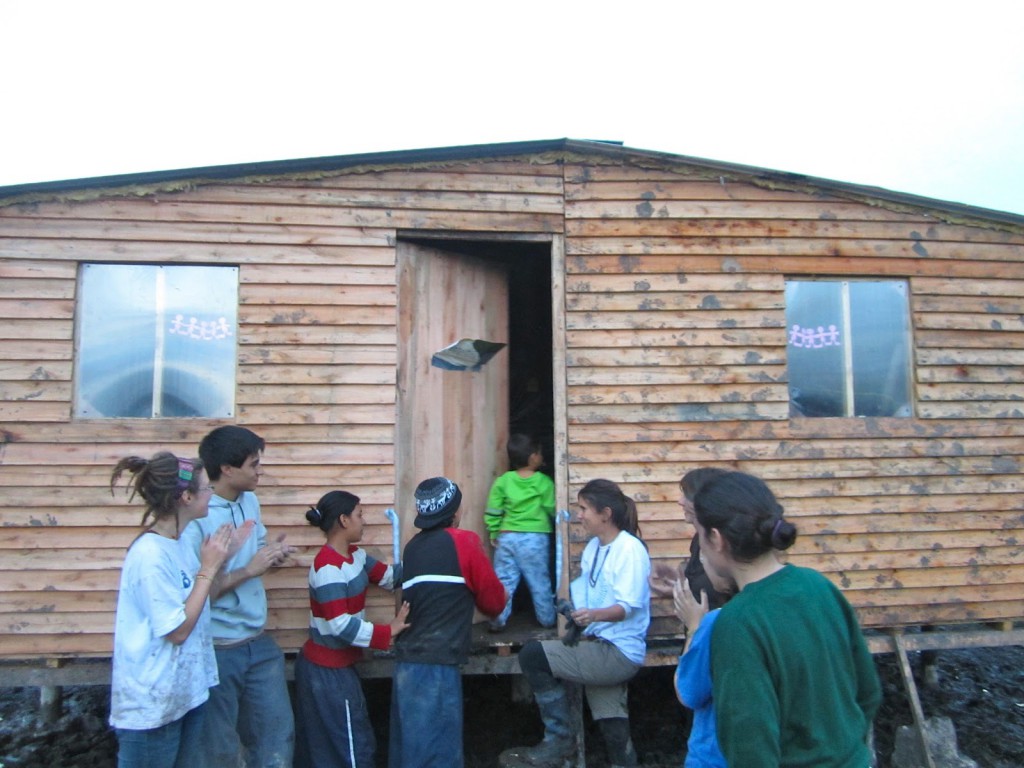 …and after my year in Argentina, I looked out the window of Delta flight 287 on its way to Atlanta and realized it took me a whole year, being in a whole new country, and surrounding myself with new friends (big and small), to realize that I had an answer. “So, Emily, now do you know what you’re going to study? Did you decide on a major?”

“…I sure don’t. And I sure didn’t…but I did decide on one thing. And that, as Frost said, made all the difference.”