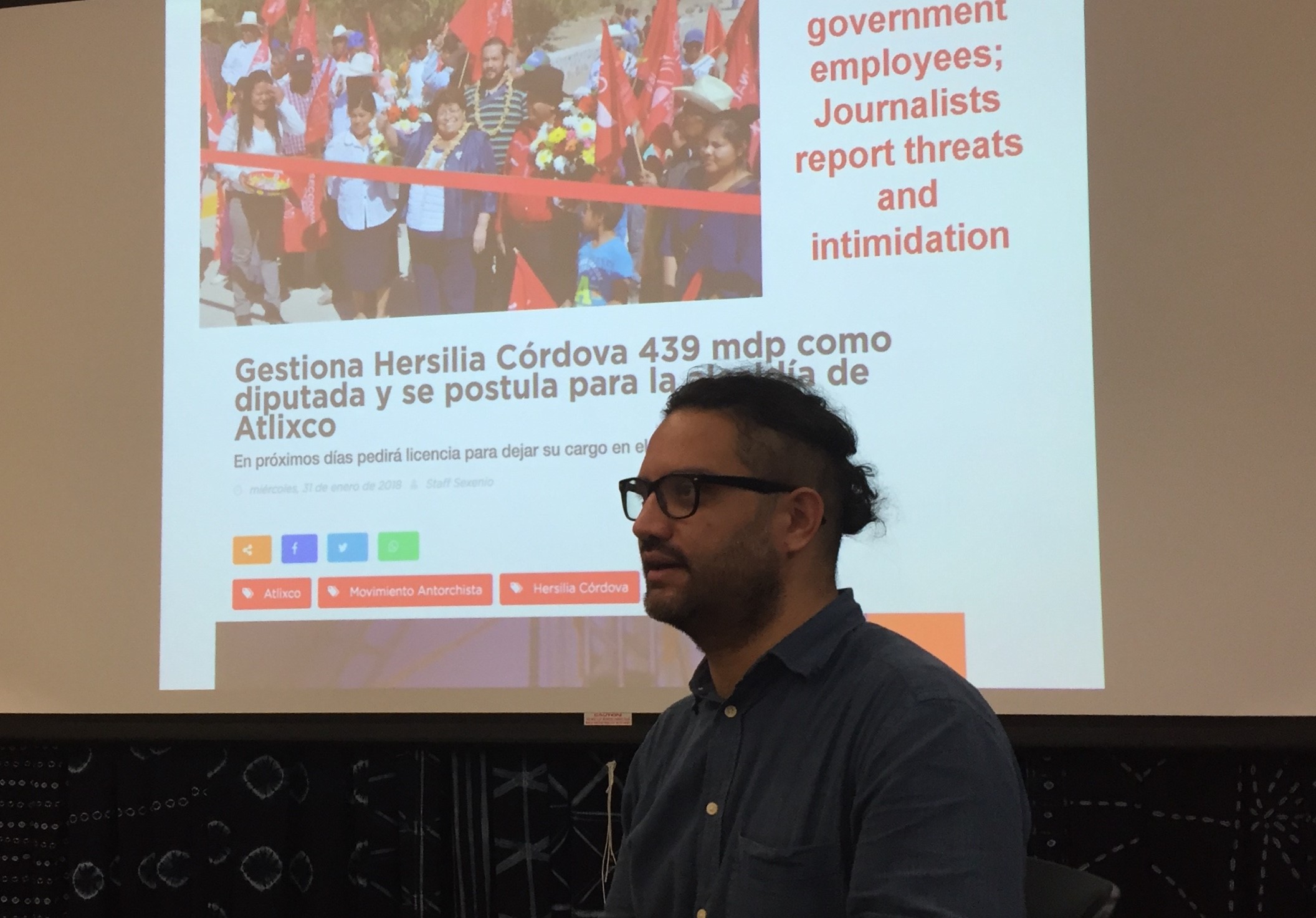 We began our LACIS lecture series on the topic of Mexico’s Elections, International Observers and the case of Atlixco, Puebla.

Atlixco, Puebla is a city and Municipal in Mexico, it is a relatively developed city where most of the city’s population owns a house and has universal access to education, the city is also known to have a significant amount of their economy being supported by Remittances. You might know it as a tourist destination, but most recently it was also a target municipal for the local government election by the group Antorcha Campesina.  Antorcha Campesina is most commonly known as a corrupt paramilitary organization that uses extortion, and intimidating tactics to take over towns and municipals.

In the local government election, Antorcha Campesina had a representative running for office, and what that meant for citizens was the risk of an increase in violence, corruption, and a tyrant local government. As a result, the people of Atlixco called for prevention from International Observers to stop a corrupt and forced election, this also signaled the desire of the Altixco citizens that yearned for a transparent and fair election.

In a preemptive approach, the International Observers met with most political parties running to discuss any concerns of a breech in the upcoming election to be prepared. While other neighboring Municipals did see Violence leading up and during the election process, Atlixco was unscathed.

Since the election, the organization AHORA has emerged in Atlixco as an independent political movement against corruption, inequality along with many other issues. The organization is composed of citizens that don’t feel that the existing and established political parties in Mexico politics don’t accurately represent them.

AHORA continues to work in the gaps between elections, looking at different social issues such as environmental issues and many others to create change in the community. AHORA is made up of volunteers who love their city and are looking to make a difference.

Representative David Alvarado from AHORA concluded by saying that the new president of Mexico, AMLO, is not the source of change, the people are the source of change; and that is truly where political change can occur. “We can start by working at the local level to stay together and teach people to have hope in themselves.”