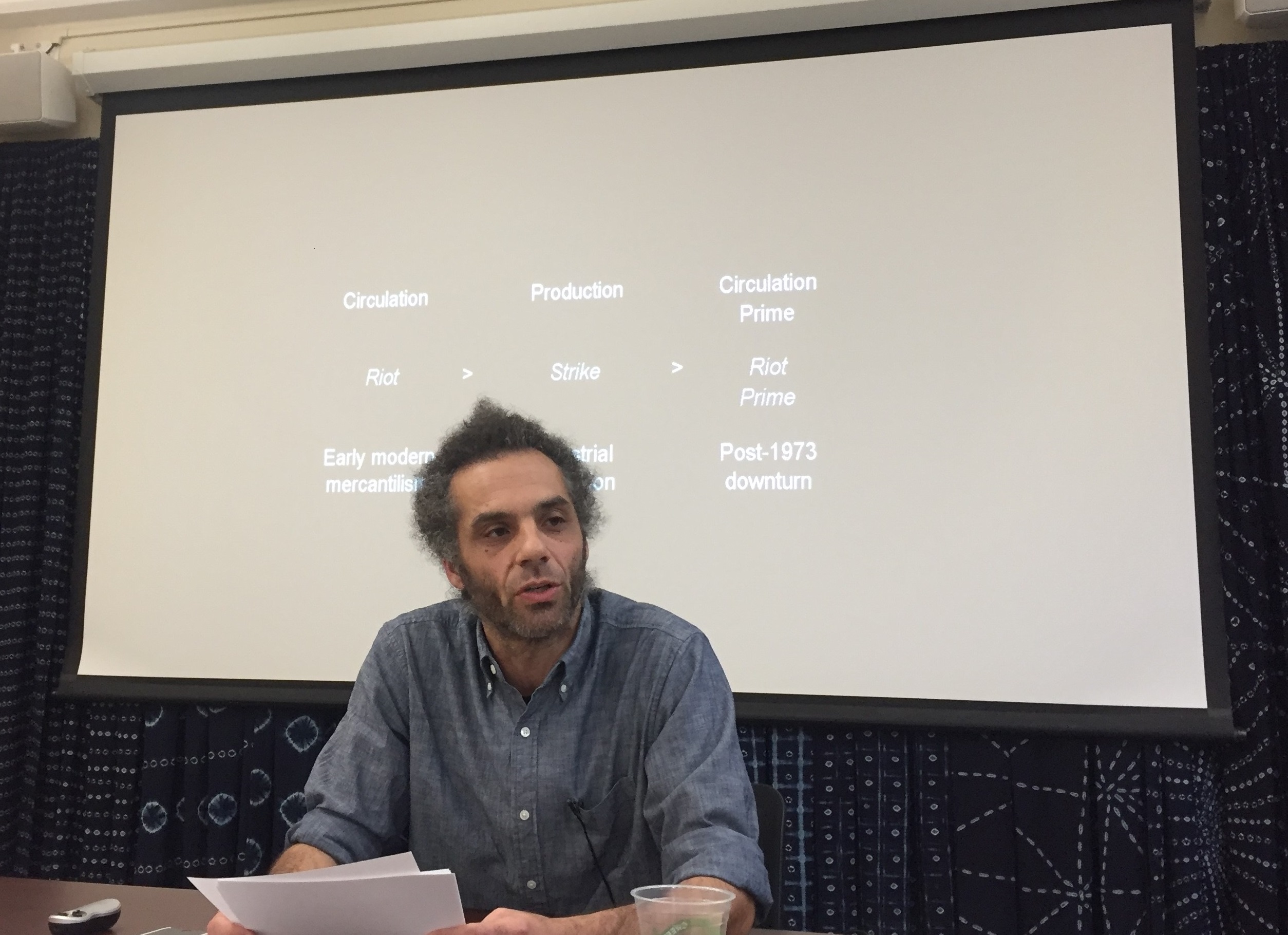 In this week’s LACIS lecture we had guest speaker Daniel Nemser, Associate Professor of Spanish in the Department of Romance Languages and Literatures at the University of Michigan.

Nemser focused on the discourse surrounding the topic of circulation in Colonial Mexico during the period of the Iberian Union, and the two logics which they assume; Infrastructure and Fugitivity.

First, he discusses the circulator logic which revolves around infrastructure, mainly in terms of road, ports, and fort construction. The importance of these constructions he explains, was tied to their relationship with their ability to extend, accelerate, normalize, and secure the flow of commodities through various distances and territories.

The significance of the infrastructure logic from the Colonial state was that these investments would give way to making circulation regulated by a government with particular importance to the Mexican silver and African slave commodities.

The second logic Nesmar discusses is fugitivity- fugitivity is important because it affects the circulation of commodities since it is a form of circulation that is anarchic. Specifically, in the period of the Iberian Union this logic becomes significantly associated with the Cimarron. (runaway slave) Nemser additionally said that is was with these intersections of fugitivity and logistics that is effectively where circulation became racialized.

The two logics come into play and materialize in the Camino Real (the royal highway) located between Mexico City and the port of Veracruz. The Camino Real was a common route for wagon convoy carrying valuable commodities like Silver. All export and imported commodities had to pass through the Camino Real; thus, making it a good spot for cimarron raids and similarly creating a complication and interruption of the global flow of commerce.

Racialized paranoia emerges in this period. The race is seen as the product of material practices of domination. Racialized threat to prevent cimarrones who become an ungovernable flow who are appropriating the infrastructures of circulation for an attack on the racial order of Spanish colonial rule. Spaniards reacted violently to rumors or cimarrones. Thus, an attack on circulation becomes an attack on racial sovereignty and racial order.

Nemser claims that by analyzing these logics, moments, and responses of the colonial state, plantation owners, etc it ties together the material infrastructures that tied the world system together and the processes by which early modern theories of circulation became racialized.