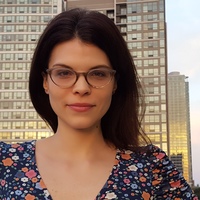 Dr. Sarah Wells, Professor at the Department of Comparative Literature at UW-Madison, won the award in the Best book in the Humanities category, from the Southern Cone Section of the Latin American Studies Association.

The author revealed that this was her first single-author book which was a compact of her interest when thinking about how media and technology are received, processed, and theorized differently in Latin America than in the Western culture where media theory tends to come from.

Her research took the form of standard literary research – and archival material. She traveled to Brazil Argentina & Uruguay spending a lot of time observing at cinema texts, small private collection texts, periodicals, journals, looking particularly for sources by the specific authors she discusses in her book in an attempt to try to get a sense of how people were approaching the media during this period.

Initially, Dr. Wells said that the book, in part, emerges from a series of questions she had while writing her dissertation. Though at the time she was looking to answer different questions, she was still looking at the same time of period and geographic location so she would find things compelling and would write them in her notes. When she did decide to use that information, she would revisit the material with a different strategy. She relates that the seed of the book comes from her dissertation, but in her time teaching classes on similar topics, the book emerged more organically through her teaching.

Though she is interested in Latin America more broadly, she decided to focus her scope on the three countries because they have a lot of material and sources available to do the kind of research she wanted. She also thought they were a great fit since the three are neighboring countries that were still quite different from each other – she found they would be easy to compare the large and powerful countries with different histories where they had not yet been compared as much.

When choosing the main authors who’s texts she would analyze she decided to pick Latin American authors whose work would be widely recognized by people who are interested in Latin America. In the mix, however, she also included works of less known authors who’s work though may not be remembered were important at the time. She believes that the writers were incredible and she felt drawn to them because she saw their work as compelling and powerful.

Dr. Wells explained that was bound the three countries together at the time was the curiosity about what a writer could do in light of the media that they thought was going to overtake writing.  However, each country has a different response to the problem and in her book, each chapter deals with those different responses. Thus, what links them together is the thought of what can writing do in the face of technologies which seem overwhelming.

Ultimately, Wells believes that it was an interesting period in history because questions we still face now in terms of the roles of media and technology in our lives were being worked out then. Thus, it was a fascinating moment to think about how writers grappled with the emerging media at the time – the argument of the book is that South American writers and their culture has a lot to teach the world about how to approach these problems but also how the writers shaped alternative strategies of thinking for urgent sets of questions we are still grappling with today.

In the research stage, she found that the book kept evolving and even still she would wish to know more about the aspect of radio, She found it difficult for researchers to pin down experiences of perception of the past which is why a lot of her research comes from literary texts and periodicals- but she is still interested in finding out what it felt like to experience these media at the start in Latin American daily life.

Currently, Dr. Wells is still seeing the influence of her book on her current project. However, she is taking her research in a new direction and is looking at cinema and labor in Brazil which came out of her interest in the 1930s.