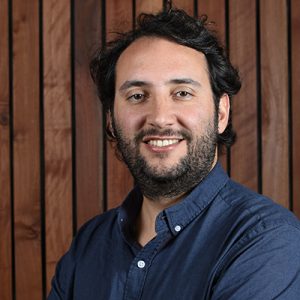 Tinker visiting professor Sebastian Valenzuela has been analyzing the effects of social media on political engagement for the past five years. However, in his lecture, he immediately acknowledges that the way people use social media has completely transformed since he began his research. He details what he calls the “optimistic era”: a period of social media enhancing user’s engagement with its height in 2011. The optimistic era is responsible for large-scale protests for Occupy Wall Street, the Arab Spring and in the case of Chile, the massive student protests. These student protests were monumental in contemporary Chilean political engagement. However, according to Valenzuela, voting isn’t particularly popular among young people as they don’t have a lot of trust in political leaders. The same goes for the media; there is a strong relationship between trust in government and media satisfaction. Yet despite the fact that young people are not voting, that doesn’t mean that they are not politically engaged. Instead, they participate in non-traditional ways such as writing political figures, and protests. In his research, Valenzuela set out to find how and if, social media increases these types of non-traditional political engagements.

Valenzuela analyzed how often Chileans use social media and how often they participate in political protests using surveys while keeping in mind selectivity: the competing hypothesis that politically active participants will use social media more than non-participants. His findings were that although there is strong evidence that Facebook and Twitter do effect protest behavior, the effect is small. However, the relationship is growing over time and is heightened during key times of protest such as the Chilean Student Movement. When Valenzuela and his colleagues expanded his study to the rest of Latin America, he found that the relationship was still strong, although strongest in Chile.

However, not all social media networks are created equal and after the results of the previous study, Valenzuela inquired if people engage differently depending on the social network. Looking specifically at Facebook and Twitter Valenzuela conducted another study and found that the type of network determines who are connecting with, and therefore, how you are engaging. On Twitter, he found that users tend to connect with people who thought they don’t know personally, they have a shared connection with. These people are famous journalists, authors, and celebrities. On Facebook, the opposite is true. Users share information with people who they may not have any shared interests with, yet have personal connections with. Valenzuela concluded that although the networks and their sharing purposes serve different purposes, both are critical for information sharing.

Just like the social media networks, they’re shared on, not all stories are the same. Valenzuela’s next goal in his research what to discover just what aspects make a story “shareable”. He immediately found that the answer was not simply that people share the issues that the media want to proliferate. Rather, what makes a story shareable is the way that it is framed. He then conducted a study in which he and his colleagues proliferated news stories that utilized different framing approaches on social media and then analyzed them to see which ones were shared the most. They found that stories that appealed to the emotions of their audience through the use of personal stories or news that focused on the values behind a story were shared far more. Valenzuela explains that this is because these stories create a sense of urgency and anxiety that spark change–or in this case, shares.

Since the beginning of the “optimism era” in 2011, social media has been considered a positive tool for enhancing engagement. Valenzuela’s research seems to support that idea. However, then came 2016, and the rise of the “fake news era”. Now, social media is just as prevalent, but it isn’t necessarily an avenue for democracy. Valenzuela highlighted in many recent cases, social media has had a significant negative effect. In Chile specifically, social media served as a medium for its users (who make up 89% of the country’s population) to cry out claims of “fake news” and fraudulent elections, without any basis for doing so. However, despite the lack of evidence and the pervasive sharing of incredible news stories, these claims still had a huge effect on decreasing people’s trust in media even further. Valenzuela conducted a final study to find out how prevalent false news stories are in the profiles of politically engaged Chileans. He found that the more often a person participates, the more likely they are to share stories that aren’t true. This counters the previously positive conclusions of Valenzuela’s past stories and suggests that perhaps social media had more negative effects than originally thought to.