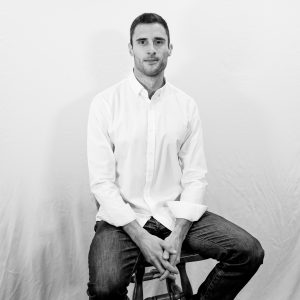 2010 UW alum and international freelance reporter Jacob Kushner returned to campus last week to participate in a brief residency. He not only visited classrooms to talk to current students more personally, but he also participated in a lecture on his reporting in Haiti, a presentation on his work in the field of international journalism, and a panel session on the litigation of LGBTQI+ issues in Kenya.

His lecture, “Reporting on Haiti: 10 Years After the Quake,” covered the upcoming 10 year anniversary of the deadliest natural disaster in modern history, and the United States’ abandonment of the aid project they pledged. He investigated how the U.S. failed Haiti despite numerous attempts to help them “build back better.” His article was posted in the Guardian last month and can be found right here: Haiti and the failed promise of US aid

His presentation “Life and Work as an International Journalist,” focused on his career in the field, freelance reporting all over the world. His pieces have been printed in celebrated publications like Harpers, The New York Times Magazine, Newsweek, and National Geographic.

Moving forward, Jacob will be returning to Haiti in December to report on the actual ten year anniversary of the quake in January. He will also be doing a long, multi-country investigation story that will be released in a British magazine next year.

“I’m eager to get back on the ground to monitor developments in the place where I began my career as a foreign correspondent, after graduating from the UW, and with the help of a LACIS grant,” Kushner said.

For more information on his reporting, all his stories can be found here on his website. Along with that, the Oversees Press Club of America just did a Q&A session with him in September, which gives a little bit of a deeper look into his beliefs as a reporter. That piece can be found here.