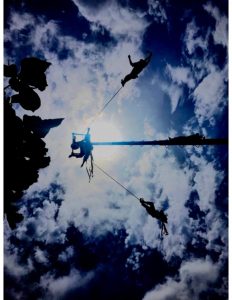 The LACIS Race and Indigeneity Speaker Series raise essential questions about how focusing on survival and resurgence of ethnic and indigenous cultures can address some of the most urgent problems facing humankind.

Panelist Reynaldo Morales, who studies genetic resource management in indigenous communities, emphasized the role indigenous people will have in both shaping the future of the environment and interacting proactively with the world.

For Morales, the central issues for indigenous people includes regaining the economic and political control of their own destiny.

“These issues have to be interpreted in terms of land rights, that’s the most important thing, and also political forms of sovereignty, auto-determination and autonomy, Morales said”

According to the panelists, land rights, education, and genetic resource management represent some of the most urgent problems confronting indigeneity. Resolving these challenges begins with understanding how to work in the changing social and political context of indigenous people.

“Indigenous groups face different struggles determined by national histories, we have a different context in each situation,” Muyolema said. “But everywhere we need to defend, to support the struggles for land rights. Not just as a land right, but as places where indigenous people are guaranteed the cultural reproduction of ways of life and ways of knowing.”

“How can we help and work with indigenous communities in order to help them meet their needs, letting them lead the way, having self-determination to tell us this is what works for us, this is what worked for people before, this is how the land is best used,” Hurley said.

“Indigenous people were victims of genocide,” Morales said. “No matter that they were pursued for extermination, they continued fighting, and they survived because of that fight.”

As colonial structures are being maintained and reproduced through current neoliberal politics, Morales also emphasized the importance for indigenous people to develop their own political, social, and economic spaces alternative to nation-states.

While Morales recognized the right of indigenous people to keep knowledge and practices to themselves, Muyolema discussed the idea that indigenous values and practices can become universally accepted and help improve ways of life and the management of the environment. As indigenous communities become more urbanized, Muyolema said there is a need to re-think the organization of the cities, to organize cities based on the indigenous values of sumac kawsay (good living), and to translate the ways of living of indigenous people to the city society organization.

“We need to do this change and stop thinking of indigeneity as something out of the universality. So indigenous people have to close the bridge to get universal knowledge,” Muyolema said. “How about if we think the of values, for example of sumac kawsay, as a universal possibility and building this new world, the concept of Pachamama not just as symbolic value in constitution or in political discourse, but as a real base of a new society.”

Stay posted as the panels continue in Spring 2020.