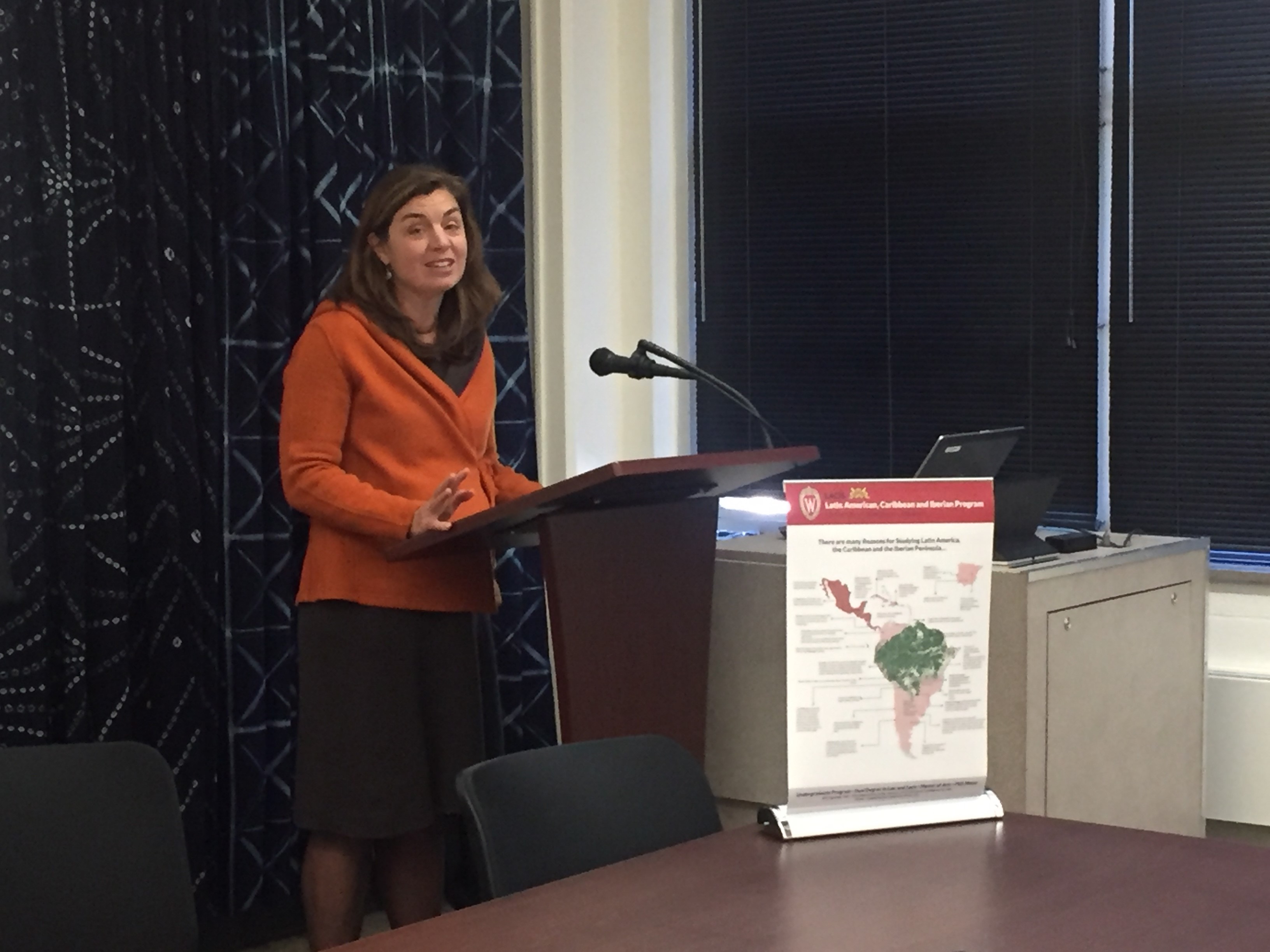 In this week’s lecture series, we had guest speaker Ruth Conniff an American journalist who has written for The New York Times and is editor-in-chief of The Progressive. She spoke on her experience living outside of the country in Mexico for a year, and thus explained the differences she experienced between the two countries.

In recent news, the president has issued statements on the controversial Migrant Caravan coming from Central America heading to the United States. President Trump has framed this situation as a threat that is headed toward the US that these people are dangerous and among them are middle easterners. Thus, the president threatened to cut aid from these countries if the Caravan continues. According to Conniff, Trump uses this situation as political propaganda for his Republican base supporters.

Conniff realizes that there seems to be a disconnect and lack of understanding of immigration on the part of congressmen and experts who cannot grasp why immigration occurs other than any negative impacts it may have in the country.  There is the fear of the other created by anti-immigrant groups and isolated/ America first rhetoric that makes Americans see themselves and their country as the center of the universe perspective which does not allow them to understand situations like immigration properly.

In her time in Mexico Conniff talked about how she had the opportunity to meet and talk to individuals immigrating from Central America and found that most people who are fleeing to the US are mostly doing so in order to protect their life.

Last year in Mexico she got to witness the Mexican national election as an International observer and was inspired by what was accomplished through it. Conniff discussed how she saw the violence and overt obstruction of justice that took place to try to interfere and corrupt the election and yet after so many years of corruption the citizens were able to overthrow the reigning corrupt political party. Thus, it made her realize that though things may be complicated and bad in the US, Mexico still has a more separate relationship between its people and government.

Conniff also talked about the impact of the bridges program and how Wisconsin dairy farms were recently affected by the tariffs and how they resulted in the in the worst year for these small businesses. She also related the small farmers and undocumented workers together. In this regard she spoke of the bridging program that tried to help farmers immerse themselves in Mexican culture to get a better grasp on language and have better communication for Mexican workers. They found that their lives were very similar.

Additionally, she found that there were many lessons that American stand to learn from Mexican culture. She found that Americans obsessed about work and productivity and spent their lives producing away and thus they lose track of the bigger picture. Conniff spoke of the Economics of human dignity and how happiness should be the chief value in economics the way it is in Mexico. The United States is based on the pursuit of happiness and how the quality of life should not always be based on money the way it currently is.